I have just finished reading a book called ‘Immaculate Deception – A new look at birth for American Women’ by Suzanne Arms. The book was published in 1975, so it’s far from new now but is nonetheless a thought-provoking assessment of technology-led obstetrics versus person-centred midwifery care and, despite its age, has many insights that are relevant to Portugal in 2018.

The idea that has really stuck in my mind is this one:
“According to most studies, 70% of all birthing women in America, if given adequate prenatal care, could deliver their babies normally and without need of medical intervention at all. Another 20% may have complications that require extra prenatal care and some special attention, but these mothers, too, could give birth normally, again, without need for medical interference. This means that at least 90% of all birthing mothers can have normal, spontaneous births and have healthy babies. Many doctors, among them the noted author and natural childbirth advocate Dr. Robert Bradley, believe that 90% is far too conservative an estimate for normal births, and that 93-96% is a much more realistic figure.” (p.48)

This confirms what I have come, through my own experiences and research, to believe is true : that for the vast majority of cases, a woman can give birth with little or no assistance. I also believe that our modern birthing culture would be vastly different if girls and women were continually given this message, that birth is a normal function of the human body that will occur smoothly in most cases when not disturbed from its normal course.
The point of not being disturbed is vital here as a woman’s heightened state of sensitivity when in established labour must be respected if the birth is to proceed in a straightforward way. In brief, a woman needs to be kept warm, preferably in low lighting, without feeling observed or spoken to much. In this way, her adrenaline levels will be kept low and her rational mind unstimulated to allow for the oxytocin and instinctual mammalian brain to take the lead in progressing her labour and birth. 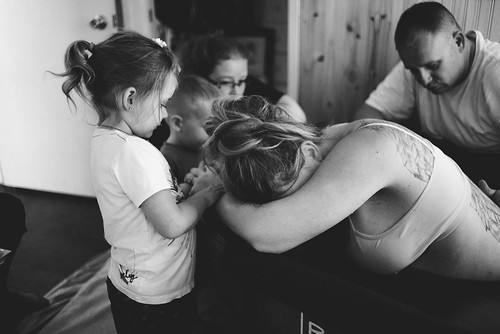 Currently, in Portugal, approximately 35% of all births that take place in hospitals (the majority of cases) end in caesarean section and of the 65% that are vaginal births, approximately 70% of women undergo an episiotomy. [Peristat report 2010] Episiotomy is a vertical incision made through the perineum to make a larger opening for the baby’s head to be born and avoid tearing. According to Mary Zwart, our resident midwife, the national episiotomy rate of any country never need be higher than 10-15% so Portugal’s rate of episiotomy is in itself somewhat alarming. In many hospitals, synthetic oxytocin is often administered routinely to speed up labour by increasing the frequency and intensity of uterine contractions. 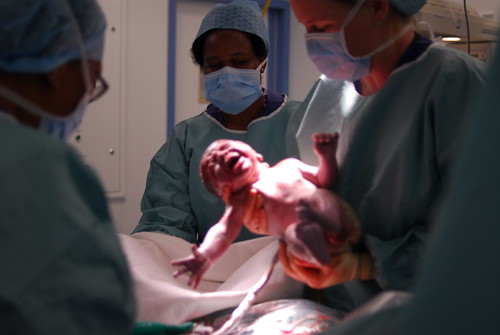 In the mid 70s, when this book was written, foetal monitoring was only just being introduced and it was not uncommon for American women to be completely knocked out with sedatives and or anaesthesia during birth. Obstetricians would probably argue that maternity care has moved on by miles in the last forty years, and in many ways this would be true. However, as we see in the high rate of intervention in Portuguese maternity units, the disturbing cycle that the book describes of technocratic obstetric care seeking to remedy the problems that, by its own interventionist nature has itself created, continues to be an issue today.

Much like the United States of the 1970s that Arms describes, Portugal lacks a system of primary care midwifery, operating instead with a system of nurse-midwives who are primarily trained as nurses and go on to specialise in obstetric care. For the most part, these nurse-midwives operate as part of an obstetric team and like other nurses work under the supervision and authority of doctors.
Primary-care midwives on the other hand work independently from doctors, although they may work alongside them in a hospital setting as in the UK health care system.
Primary-care midwives are not medics, operating under the notion that pregnancy and birth are part of the healthy functioning of the female body and therefore require a physiological rather than pathological view of perinatal care i.e. related to or caused by disease.

In the United States, it was the lay midwives who preserved the traditional woman-to-woman care in the community as an alternative to medicalised care in hospitals. Lay midwives, who would not have received formal training but instead learned to attend home births through personal experience, self-learning and apprenticeship, were illegal in many states and have often been persecuted and prosecuted by the authorities despite the women they served being mostly happy with their care.

Portugal must have once had a culture of lay-midwives; experienced older women who attended births at home in their local communities before the rise of the medicalised model that has gained the prestige that it continues to hold today.
I imagine that in many places, the status of these traditional birth attendants became more denigrated as the medical doctor became more revered. Just as, over the years, the local knowledge of herbal lore has been shunned in favour of pharmaceutical medication.

A small number of trained primary-care midwives exist in Portugal today. They operate independently and privately, providing one-to-one prenatal, home birth and postpartum care. However, they have often been met with antagonism by hospital staff when a birthing mother has needed to transfer due to some unforeseen complication.
Similarly, women who choose to give birth at home can be met with derision by the doctors they encounter either during pregnancy, during a transfer to hospital or after the birth of their babies. Some mothers report to have felt ‘punished’ by the medical professionals for having opted to birth at home with an independent midwife either through verbal admonishment or negligent care. Clearly this is unacceptable as the European Court has asserted that every woman has the right to choose her place of birth. That Portugal has no system in place to make home birth a readily available option to expectant families makes it no less of a legitimate one. Many women are simply not aware that they have the choice to give birth anywhere other than in a hospital. Those who do seek out the care of an independent midwife are choosing to step outside of the system to some extent but in doing so, may suffer from negative attitudes and treatment from not only the medical professionals but also their family and friends. 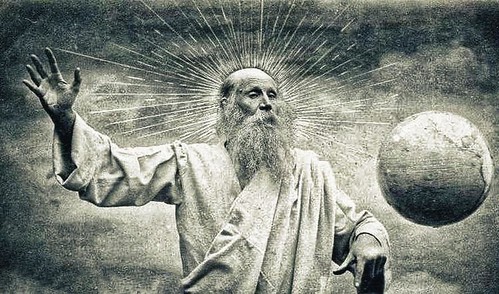 Through a culture of ‘the doctor as God’, the medicalised model of birth has been put on a pedestal, but it is often at the cost of a woman’s sense of empowerment and agency in the birth of her baby. This is not to mention the risks for both mother and child involved with the use of drugs, synthetic hormones and instruments such as forceps in ‘deliveries’; or the routine practices that remove the baby from the mother in his/her first minutes or hours, the crucial time for bonding and establishing immunity and breastfeeding through skin-to-skin contact.

Returning to the idea that more than 90% of births could be without need for intervention, statistics show that the maternity care we have in place in most countries the world over has gone far off track in assuring the ‘normalcy’ of birth. My belief is that, with a focus on obstetrician-led care, we will not get close to achieving such a high rate of non-intervention birth. The only hope we have in Portugal or in any modern context is to create a culture where birth is considered a straightforward, physiological process, a part of healthy daily life, which can be attended by respected, experienced midwives in their communities. When the need for medical assistance arises in the minority of cases, there should exist a collaborative relationship by which midwives and medical professionals can interface, always with the individualised care of mother and baby as its highest priority.

I am a mother, writer, mentor and doula, passionate about creativity, spirituality, connection and birth. I bring these elements together in my work with parents and the community. View all posts by Roshnii Rose